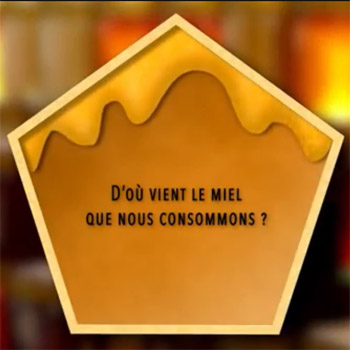 (Córdoba, December 10th, 2020)"The deadline is approaching" says Henri Clement, president of the National Union of French Apiculture (UNAF) The law approved on May 27th, 2020 by the National Assembly, that asks to mention the countries of origin of honeys in jar labels, will take effect on January 1st, 2021 and will also apply to royal jelly.
This new law, to which the UNAF has contributed by ardently defending greater transparency in the labeling of imported honeys, provides in particular that "for honeys made up of a mixture of honeys from more than one Member State of the European Union or from a third country, all countries of origin will be indicated in descending order of weight, on the label."
Current European regulations do not require specifying the origin of mixed honey. In shadow, these honeys are labeled as "EU/non-EU Origin". On supermarket shelves, jars stamped "Made in France" often have international origins. Unfair competition for French beekeepers and lack of transparency for consumers.
The French government has announced its desire to reinforce the labeling of blends with a text that provides for the inclusion of the exhaustive list of countries that make up its origin in order of importance with an obvious emphasize, in bold or underlined, for percentages higher than twenty. The project has not been approved by the European Commission to date.
France consumes 40,000 tons of honey per year, of which less than 10,000 tons are of French origin (Henri Clement says.
According to a recent survey by the IFOP (Institute of opinion and marketing studies in France, 2019), 94% of the French are in favor of a total transparency about declaring the countries of origin of the honeys that make up the honey jars.
UNAF (National Union of French Apiculture) has been involved since 1945 in the protection of bees and the defense of French apiculture. Since 1996, beekeepers have faced dramatic mortality phenomena, particularly in arable crop areas. Launched in 2005 by UNAF (on the occasion of the Apimondia Congress in Montpellier), the "bee sentinel of the environment" program aims to alert the general public to the threats posed to bees and wild pollinators.