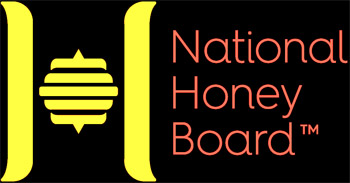 (National Honey Board Longmont, Colorado, USA) The sweetener made by Mother Nature claims the number one spot among Americans as their most preferred sweetener. The ranking, revealed in the National Honey Board Consumer Attitudes & Usage Study 2020, asked consumers to choose their favorite from among several common sweeteners, including white sugar, brown sugar, several non-calorie sweeteners, raw sugar, monk fruit, and maple syrup. Honey came out on top for the first time.
According to consumers, honey rates above other sweeteners in attributes like "natural", "unprocessed", "good for the environment", "organic", "good source of antioxidants", and "flavorful".
Honey volume in the U.S. has nearly doubled since 1986, from 339 million pounds to 603 million pounds in 2020, according to data from the USDA/ERS. The data also show honey per capita consumption has grown from 1.79 pounds per person in 2015 to 1.83 pounds per person in 2020.
"Honey popularity continues to rise as consumers make conscientious decisions about food", said Margaret Lombard, chief executive officer of the National Honey Board. "Honey fits perfectly with consumers' desire to know where their food comes from and their preference for foods that are unprocessed. Consumers know that honey is made by bees from the nectar of flowers -- you can't get closer to nature than that".
The tracking study, fielded in June 2020, comprised an online quantitative survey of 2000 people identified as the primary shopper in their household. The survey is balanced to age and ethnicity as reflected in the Census.