PESTICIDES AND BEES CALL OF UNAF 2020 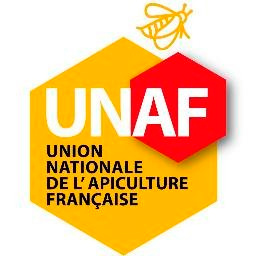 (SumOfUs & UNAF, December 10th, 2020)The French Union of Beekeeping UNAF calls for the signing of a petition on the SumOfUs platform in order to "strengthen the legislation to reduce the exposure of bees to ALL pesticides. The call is given in the framework of a recent authorization for the use of neonicotinoids in sugar beet crops, suspending the law that prohibits it.
The call refers to the report of ANSES, the agency responsible for evaluating risks in the areas of food and the environment, which highlights the ineffectiveness of current regulations and calls for the strengthening of French legislation to reduce the exposure of bees to ALL pesticides.
"Bayer's lobbyists," -says the petition-, "surely must already be busy in the corridors of ministries to stifle this report. But together, we have the power to highlight these recommendations and pressure decision makers to act."
This report is an unexpected opportunity to pressure the government to act immediately. It is urgent, and that is why we are launching this mobilization campaign with our partners from the French National Apiculture Union (UNAF). Join us in demanding a review of current regulations to save our bees from all these killer pesticides. Tell the French Ministers of Agriculture and Ecological Transition to follow ANSES recommendations and toughen regulations to stop pesticides that kill bees.
To calm things down, the government has secured the establishment of a "task force". But for Henri Clément, UNAF spokesman, the government should not "drown the fish": "In the past, the discussion of this has led to maintaining the status quo at the expense of pollinators. (...) It is above all political will. what we will need to achieve the regulatory advances essential for the survival of our bees. We are waiting for strong signals."
And strong signals will be needed because if these harmful products have been regulated since 2003, more than half of them deviate from the bans, as a recent UNAF report reminds us.
Under pressure from pesticide lobbyists, exemption has become the rule. And the consequences for bees are overwhelming: they affect their lifespan and the development of larvae.
Beyond insecticides, the toxicity of fungicides and herbicides is also in the report's sights, because their risks to honey bees and wild bees are increasingly documented.
It is time to demand that the government take the urgent measures necessary to stop this slaughter and save our bees from these killer products.
From Argentine Beekeeping Espacio Apícola said: Why show solidarity with the people of France and their beekeepers? In the first place because it is a conscious and organized civil society in favor of the defense of life, biodiversity and bees; also because its role is a precursor to better legislation throughout the world; but also, because its requirement to the production system is ratified in the requirement of genuineness, safety and quality of the honeys that are imported for consumption, not privileging anyone, but favoring countries and beekeepers who do things well. Do you identify with these principles? sign here